In the right moment at the right place.
This is how I achieved the opportunity of working for Nike Spain.
A friend of a friend worked at Nike Spain and they needed a Multimedia to display on Nike shops in Spain.
My friend took care of the programming part of the project and I took part of the design.

The Bowerman Running Club was part of the content for the Multimedia and its colors were orange, black and white. So, I decided to do the Multimedia basically with those colors. I chose a blue version of Nike logo for contrast. I also used tones of blue for the sections “Products” and “Technology”, which were not connected with the Running Club.

The Multimedia was a closed project, not to be published on Internet, so I completed it all with Flash. I used HTML only for the catalog of products that the programmer embedded into the Flash file.

For the homepage with the main menu, I created a looped animation of the silhouette of a person running through four squares arranged horizontally at the bottom of the page.

Nike Spain personnel were contented with the product and the multimedia was displayed for a few months at Nike shops in Spain. 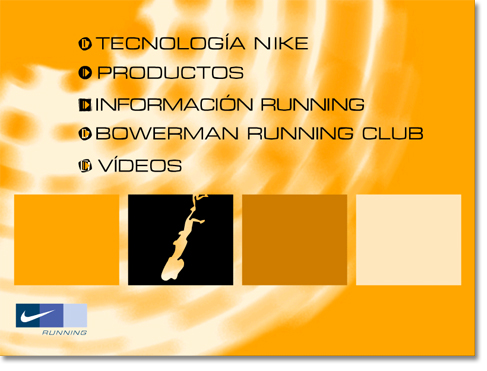 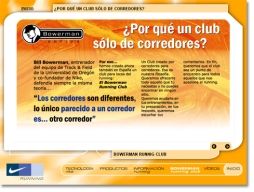 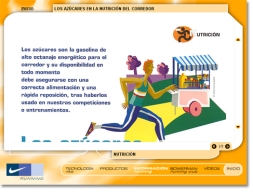 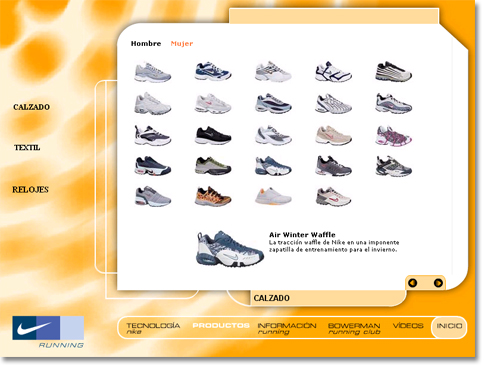 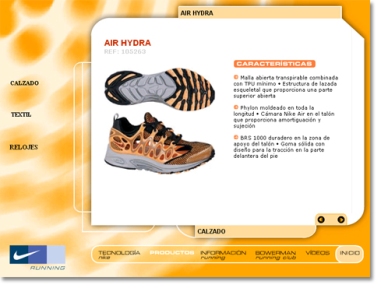